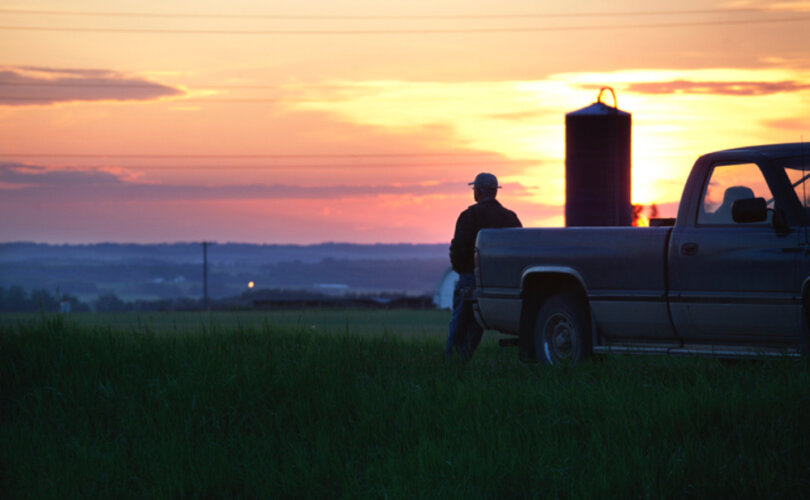 The Canadian Federation of Independent Business (CFIB) advised against requiring farmers to reduce the use of nitrogen fertilizer as a recent survey shows 72% of farmers warn it will lead to a plummet in crop production.

“Forcing them to reduce their use of fertilizer would result in decreased yield of their crop, less profitability and competitiveness,” he added. “Given the current global challenges to food supply, now is not the time to add policies that threaten to reduce yields even further.”

“The federal government should give farmers more autonomy and provide support if they want to voluntarily improve their nitrogen management and adopt better practices,” Brown asserted.

According to CFIB data, 60% of businesses revealed that mandating reduction of nitrogen would decrease the profit of their businesses, while 42% reveal it would prove an additional challenge as they have already reduced their nitrogen fertilizer use.

Additionally, many Canadian farmers are already voluntarily implementing or plan to implement methods to reduce nitrogen emissions, including conservation tillage, annual soil testing for nitrogen, and rotating in nitrogen-fixing crops.

In July, the Trudeau government unveiled plans to force farmers to reduce nitrogen emissions by 30%, as part of the government’s goal to reduce total GHG emissions in Canada by 40-45% by 2030.

However, a report from Fertilizer Canada stated, “It is estimated that a 30% absolute emission reduction for a farmer with 1000 acres of canola and 1000 acres of wheat, stands to have their profit reduced by approximately $38,000 – $40,500/ annually.”

The suggestion to reduce emissions has sparked outrage across the provinces, as farmers push back against the proposed mandate. In July, both Alberta and Saskatchewan released a statement expressing their dismay with the proposed initiative.

The Western Canadian Wheat Growers group also commented on the development from the government, outlining the potential disasters that could befall food production if the guidelines are enforced. They called the proposal “contrary to the UN goal of eliminating world hunger by 2030,” and called the requirements “not attainable.”

Crickets contain more protein than beef, without any of the environmental damage pic.twitter.com/dGxEgcP6bx

SIGN & SHARE the petition supporting farmers whose livelihoods are being attacked by extreme environmental policies and countless media outlets.

German farmers also rise up. Dutch, Italian, Polish and German, this is growing into a global movement. pic.twitter.com/R4XNMoeJUf

Protests led by thousands of farmers have broken out across the Netherlands, and they're now spreading to Italy, Germany and Poland - this is a fightback against not just environmental regulations and the resulting inflation, but also the elites' Great Reset agenda.

While the demonstrations themselves have been overwhelmingly free from violence on the affected farmers' part, the response to them has been anything but: Earlier this week, Dutch police opened fire on a 16-year-old tractor driver during a protest in Heerenveen.

While -- thank God -- this unfortunate incident did not result in any deaths or injuries, a formal investigation is still forthcoming, and farmers and concerned citizens now know, without question, what measures could be pursued in order to silence opposition to backers of the international Great Reset, which could spell doom for the livelihood of farmers everywhere.

That's why we're asking you to SIGN and SHARE this petition in support of farmers across world against intrusive, overreaching policies of globalist organizations and political leaders who seek to prioritize their own extreme environmental ideology over the ability for everyday farmers to earn a living and provide for their families and communities.

HAPPENING NOW: Farmers who learned from Canadian Freedom Protesters are currently blockading the Netherlands/Germany border with tractors to protest the WEF climate change policies of their government. pic.twitter.com/I7UJTusAZT

Of course, these kinds of extreme environmental policies are not only a threat to the livelihoods of farmers in the Netherlands, or just the nations that comprise the European Union, for that matter: These regulations most certainly can (and inevitably will) make their way to every corner of our world, including countries like YOURS.

In the Netherlands, specifically, lawmakers recently approved legislative proposals to significantly decrease greenhouse emissions by the end of the decade, most notably ammonia and nitrogen oxide, which are common in farming.

This plan, as championed by Christianne van der Wal, the Dutch Minister for Nature and Nitrogen Policy since January, seeks to exceed the globalist EU's agreement among Member States to reduce greenhouse emissions as a means to combat climate change by at least 40% by the year 2030, replacing the desired percentage with an even loftier 55%.

As a result, it would seem almost inevitable that thousands of farms could find themselves in jeopardy within the coming years, but Dutch farmers have no plans to stand down; in fact, this embrace of EU and World Economic Forum (WEF)-style environmental demands is the primary force behind the ongoing protests by as many as 40,000 farmers, who, in response, have taken their tractors to highways across the Netherlands, making an unmistakable statement of resistance reminiscent of that of the Canadian Freedom Convoy truckers in order to protect their livelihoods.

Similar protests have also broken among farmers in Italy, as you can see here:

IT'S HAPPENING 🇮🇹: Italian farmers are rising up in protest, threatening to take their tractors to Rome. "We are not slaves, we are farmers! We cannot make ends meet!" pic.twitter.com/FAznWFXmM0

Such policies are a clear tenet of the Great Reset, pushed by globalist entities around the world like the World Economic Forum. Look no further than the WEF's own "Net Zero Challenge," which seeks to coerce participants into cutting all greenhouse gas emissions by the year 2050, and will inevitably threaten countless jobs and livelihoods in the process.

Let there be no doubt: these extreme environmental policies and transgressions against working people cannot be expected to stop any time soon.

That's why we must take this opportunity to make our voices heard -- whether you're a farmer, yourself; work in an industry that would be negatively affected by such policies; or simply support the hardworking men and women in your country and others who wish to maintain the freedom to provide for their families without excessive government and globalist interference.

Please SIGN and SHARE this petition in support of Dutch farmers, and farmers and workers across the world, whose livelihoods can and eventually will be harmed by the extreme environmental demands of globalist entities like the EU and WEF seeking to implement the Great Reset.

In addition to the U.N.’s 2030 Sustainable Development Agenda goals, Trudeau’s plan makes mention of the annual World Circular Economy Forum (WCEF), which was hosted online by Canada in 2021 with the goal of bringing “together global leaders and experts to drive ambitious action over the next five years to accelerate the transition to a prosperous, inclusive and equitable circular economy.”

Meanwhile, an unprecedented uprising of farmers is currently taking place in the Netherlands as Dutch Prime Minister Mark Rutte plans to impose similar industry-destroying fertilizer emissions policies on farmers in the Netherlands.

Both Trudeau and Rutte are listed on the World Economic Forum’s (WEF) website, with Rutte being labeled an “Agenda Contributor.”

The WCEF and the U.N. seem to be focusing on goals very similar to those outlined in the World Economic Forum’s “Great Reset” agenda, which states that by the year 2030 “you’ll own nothing and you’ll be happy.”