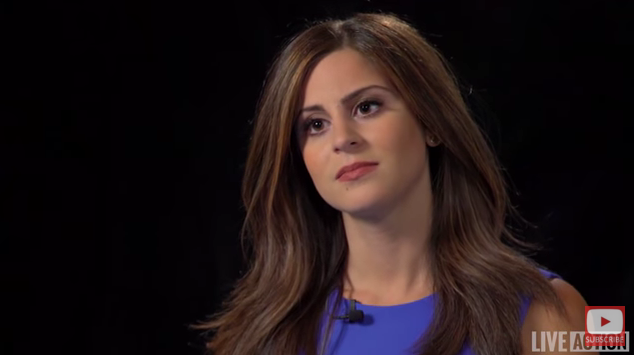 LifeSiteNews is facing increasing censorship. Click HERE to sign up to receive emails when we add to our video library.

WASHINGTON D.C, December 17, 2020 (LifeSiteNews) – Prominent pro-life activist Lila Rose has posted a tweet questioning President Donald Trump for his support of COVID-19 vaccines which have used cell lines from aborted babies in their development or testing.

The founder and president of pro-life group Live Action, posted the message on Twitter yesterday, and called upon both President Donald Trump and Vice President Mike Pence to address the issue of aborted babies being used so prolifically in the COVID-19 vaccinations.

“Nearly ALL the Covid vaccines are being created either with aborted babies, or being tested on aborted babies. I don’t expect pro-abort bankrollers to care but where was the supervision by the pro-life government entities backing this?? This is an atrocity.” Rose tagged Trump and Pence in the post.

Nearly ALL the Covid vaccines are being created either with aborted babies, or being tested on aborted babies. I don’t expect pro-abort bankrollers to care but where was the supervision by the pro-life government entities backing this?? This is an atrocity. @VP @realDonaldTrump

The Pfizer vaccine, which has received Emergency Use Authorization (EUA) from the Food and Drug Administration less than a week ago, is linked to abortion through its testing. Dr. Helen Watt of the Anscombe Bioethics Centre in Oxford, England, told the Catholic Herald that the Pfizer vaccine “makes no use of a foetal cell line in the production process itself, and no use in the design,” but that “[one] of the confirmatory lab tests on the vaccine did sadly involve an old foetal cell line.”

The Children of God for Life organization confirmed this by saying that the Pfizer vaccine is tested using the HEK 293 cell line, which is derived from kidney tissue taken from a healthy baby who was aborted in the Netherlands in the 1970s.

— Article continues below Petition —
PETITION: No to government and corporate penalties for refusing COVID-19 vaccine
Show Petition Text
103131 have signed the petition.
Let's get to 125000!
Thank you for signing this petition!
Add your signature:
Show Petition Text

Mainstream media sources are promoting offensive suggestions by some doctors that people who refuse a vaccine for COVID-19 should be "punished" by the government and by business - effectively coercing them into taking the vaccine.

But, these suggestions are plain political posturing, and have nothing to do with science or with the recent trends of the disease.

And, in case they haven't noticed, we live in a democracy not a medical dictatorship!

Please SIGN this urgent petition which asks policy-makers and business people, at all levels, to pledge to respect the rights of those who, in good conscience, decide not to vaccinate themselves or their children.

People should not have to live in fear of governmental or corporate retribution for refusing a vaccine which is being rushed to market by Big Pharma and their fellow-travelers in NGOs, like the Bill and Melinda Gates Foundation.

It would be intolerable and immoral for the government or business to coerce someone, and their family, to take a COVID vaccine against their will to avoid a fine, or just so they can do their weekly grocery shopping.

Medical freedom must be respected in principle and also in practice.

So, it is now time that our policy-makers listen to all voices involved in this vital conversation, and start to represent those who will not tolerate being punished for refusing a vaccine.

Questions must be asked. Hearings and investigations must be held. And, the legislatures of each state and country must return to the business of representing the people who voted for them, assuming their rightful place as the originator of legislation.

We can no longer accept the dictates of executive branches without question, especially now that, statistically speaking, the initial brunt of the COVID crisis has passed.

Neither can we accept the dictates of doctors who seem detached from reality and from science, and who only seem to be attached to the idea of promoting ideas which contribute to the agrandizement of power and control of political interests, and wealth of those who stand to make a lot of money from the sale of a COVID vaccine.

Please SIGN this urgent petition which asks government and business leaders to pledge to respect the rights of those who refuse a COVID vaccine, and not seek to punish them for doing so.

'Doctors lay out plan to ‘punish’ people who refuse coronavirus vaccine: ‘There is no alternative’' - https://www.lifesitenews.com/news/doctors-lay-out-plan-to-punish-people-who-refuse-coronavirus-vaccine-there-is-no-alternative

'US professor: ‘Psychoactive pill’ should be covertly administered to ensure lockdown compliance' - https://www.lifesitenews.com/news/us-professor-ensure-lockdown-compliance-by-drugging-dissenters-with-psychoactive-pill

At the time of writing, Moderna’s vaccine is also expected to receive an EUA imminently, making it another vaccine developed through Trump’s Operation Warp Speed, which is also linked to abortion. Children of God for Life compiled research to show that Moderna “extensively” uses the “aborted fetal cell line HEK-293” in the “fundamental design of mRNA technology, their Spike protein and in the research, development, production and testing.” The proteins used in the vaccine itself and the mRNA “were built on technology that extensively used aborted fetal cells, rendering the vaccine absolutely immoral from start to finish.”

It seems that an appeal earlier in the year by over 130 pro-life Congressmen, asking Trump to “redirect funds toward ethical, successful alternatives to combat COVID-19,” was not heeded. As part of Operation Warp Speed (OWS), the U.S. federal government signed an agreement with Pfizer in July awarding them almost $2 billion in funding for up to 600 million doses of their COVID-19 vaccine. Moderna has been given$1 billion through OWS for design and testing, with another $1.5 billion promised should the vaccine be deemed safe and effective.

Trump is considered by many veteran pro-life activists to be the most pro-life president in history.

The president has also forcefully denounced abortion, calling attention to Democrats’ opposition to anti-infanticide legislation and calling on Congress to send him a ban on late-term abortion to sign. Most of his judicial nominees have pleased pro-lifers as well.

In addition, the administration has consistently worked to defend life and oppose abortion at the United Nations, from resisting pro-abortion agenda items and resolution language to affirming that abortion isn’t a human right and promoting abstinence education. Last month, Trump announced that the U.S. is cutting ties with the pro-abortion World Health Organization (WHO) due to its handling of the coronavirus crisis.

This year, Trump declared January 22, the anniversary of the 1973 Roe v. Wade decision imposing abortion on demand across the country, to be “National Sanctity of Human Life Day.” A few days later, he became the first U.S. president to attend the annual March for Life in Washington D.C.

In a proclamation issued prior to the march, Trump declared that “every person — the born and unborn, the poor, the downcast, the disabled, the infirm, and the elderly — has inherent value” and said the U.S. “proudly and strongly reaffirms our commitment to protect the precious gift of life at every stage, from conception to natural death.”

However, Trump has pioneered the move to develop COVID vaccines and then welcomed their arrival, despite almost all of the potential vaccines being linked to abortion.

Just today, Trump tweeted a message to show his latest approval of the vaccines and their distribution: “The Vaccine and the Vaccine rollout are getting the best of reviews. Moving along really well. Get those “shots” everyone!”  His words are no novelty, for he has frequently hailed progress of the vaccine development.

All-time Stock Market high. The Vaccine and the Vaccine rollout are getting the best of reviews. Moving along really well. Get those “shots” everyone! Also, stimulus talks looking very good.

When Trump was treated for his own COVID-19 diagnosis, he used the antiviral drug Remdesivir which was tested using the HEK 293T cell line – aslightly modified version of the HEK293 cell line.

He also used a new “antibody cocktail” developed by Regeneron Pharmaceuticals, which HEK 293T in its testing, although MIT Technology Review suggested that it “would have taken an expert” to know that the cell line was being used in any way by Regeneron.

Decisions by the Trump administration have removed funding from some projects using human fetal tissue (HFT) from aborted babies and instituted policies which have had the effect of making it more difficult for projects which use HFT from aborted babies to receive federal funding. However, federal funding applications for projects using already established human fetal cell lines, such as HEK293, were not impacted by the new policy on HFT funding brought in by the Trump administration. In fact, the policy specifically excluded such cell lines from its definition of research involving HFT, along with embryonic stem cells or embryonic cell lines.