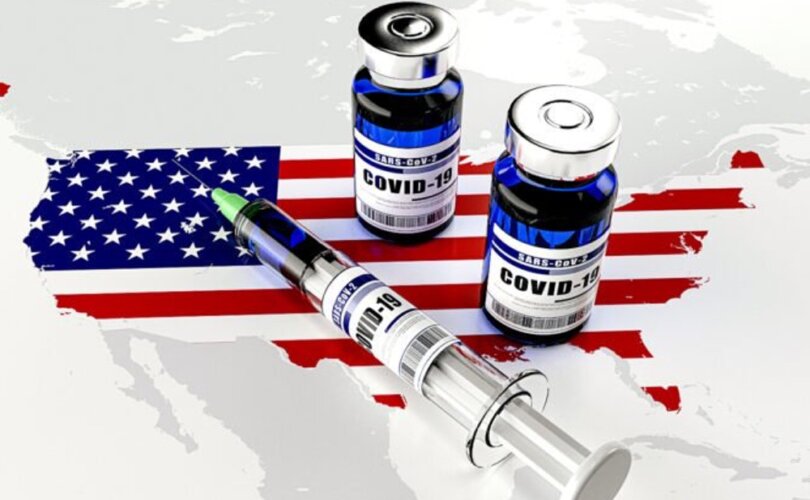 (The Defender) – Miss a day, miss a lot. Subscribe to The Defender’s Top News of the Day. It’s free.

The Biden administration’s COVID-19 vaccine mandate for federal employees will remain blocked until at least September after a federal appeals court on Monday agreed to reconsider its previous decision to reinstate the mandate.

The 5th U.S. Circuit Court of Appeals in New Orleans will revisit its April ruling by a three-judge panel that the administration has the legal authority to require federal employees to get vaccinated against COVID-19, The Associated Press reported.

The new injunction will remain until the case can be argued before the full court’s 17 judges. According to The Epoch Times, the court has tentatively scheduled the en banc oral arguments for the week of Sept. 12.

Biden introduced Executive Order 14043 in September 2021, requiring more than 3.5 million federal executive branch workers to undergo vaccination unless they secured approved medical or religious exemptions. The order did not allow workers to choose regular testing in place of getting the vaccine.

In December 2021, Feds for Medical Freedom — a grassroots organization with about 6,000 members throughout the federal civil service — sued the Biden administration and several federal agencies.

Other parties to the lawsuit included the American Federation of Government Employees (AFGE) Local 918, a union representing employees in the Federal Protective Service and the Cybersecurity and Infrastructure Security Agency, and several other individuals and federal contractors.

The groups sought to block two COVID-19 vaccine mandates: one covering federal employees and the other for federal contractors.

Lawyers representing the Biden administration argued the Constitution gives the president, as the head of the federal workforce, the same authority as the CEO of a private corporation, and that therefore mandating vaccination was under the president’s authority.

The plaintiffs disagreed, countering that such action oversteps a president’s powers.

“The main thrust of the argument [of the plaintiffs],” attorney Bruce Castor Jr. told The Epoch Times in February, “is that the president doesn’t have the authority to issue an order like this, pursuant to the powers granted him in Article Two of the United States Constitution, and that’s the same argument that won the day in the Supreme Court regarding the 100 or more employees; the president doesn’t have that authority.”

“Instead of going through the checks and balances of congressional approval, which includes feedback from the public, the executive order cuts all that out. It just says, ‘My way or the highway.’

“Certainly, the Constitution grants powers like that to the president in foreign affairs and protecting the nation from aggression from foreign powers. But he doesn’t have the authority, with a sweep of the pen, to affect the lives of millions of people, bypassing Congress.”

In January, U.S. District Judge Jeffrey Brown blocked the mandate, stating in his 20-page ruling that the president and his administration did not have the authority to impose such a mandate.

Brown questioned the president’s power to mandate federal employees undergo a medical procedure as a condition of their employment, writing in his decision:

“This case is not about whether folks should get vaccinated against COVID-19 — the court believes they should. It is not even about the federal government’s power, exercised properly, to mandate vaccination of its employees.

“It is instead about whether the president can, with the stroke of a pen and without the input of Congress, require millions of federal employees to undergo a medical procedure as a condition of their employment.

“That, under the current state of the law as just recently expressed by the Supreme Court, is a bridge too far.”

But after hearing arguments in March, a different panel of judges ruled 2-1 in early April that Brown did not have jurisdiction in the case, overturning the lower court’s Jan. 21 injunction against the mandate and ordering the district court to dismiss the case.